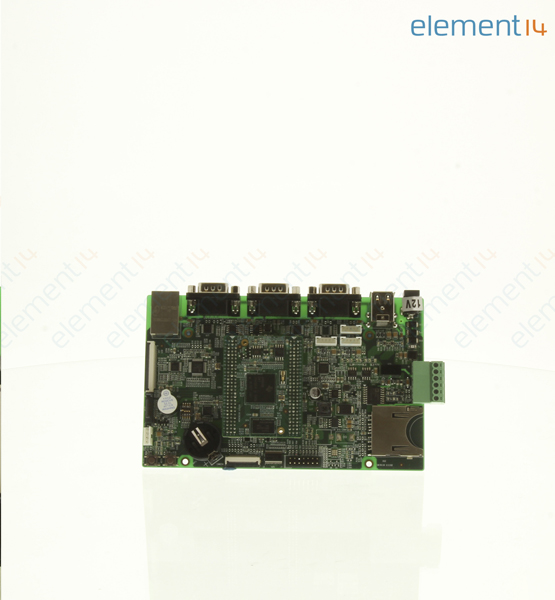 SBC8118 WITH 4.3"LCD. is a Single Board Computer board based on TI’s AM1808 ARM9 processor. It has a flexible design with one tiny core board Mini8118 interfacing to an expansion board through two 2.0mm pitch 3 x 27 pin dip header connectors. The core board Mini8118 integrates the AM1808 processor, 128MB Mobile DDR2, 128MB Nand Flash and 8Mbit SPI Flash on board. The SBC8118 expansion board offers features in additional to those provided by the Mini8118 to further expose the features of AM1808. It has a SATA interface as well as an SD card interface to allow large storage capabilities. Up to four serial ports have been brought out by three DB9 connectors. The board also has four USB hosts, Ethernet, LCD/Touch screen, Buzzer, Camera and supports RS485 networking. It has one 14 pin JTAG interface which can be used with XDS100v2 emulator. The board is a ready to run solution which is provided with Linux 2.6.33 and WinCE 6.0 BSP.